Immerse yourself in the energy of one of our planet’s five blue zones and feel the healing power of blue skies, spectacular sunsets and miles of untamed beach.

Why come to AZUL Journey Center in Costa Rica?

At AZUL Journey Center, you have the opportunity to dive into transformation and expansion, touching on all your 5 senses. Impacting body, mind and spirit, interact with nature in its purist form with the land, the ocean and the endless sky.

Come together with other journeyers to form lasting connection and communion.

ATMA supports the local cultural practice of ceremonial Ayahuasca use by providing a safe and nurturing container for the experience. Ayahuasca is a hallucinogenic brew commonly made from the Banisteriopsis caapi vine, and the Psychotria viridis shrub. Native to South America, Ayahuasca is used by Indigenous peoples in traditional medicinal ceremonies.

ATMA AZUL will provide an immersive experience in which you are able to undertake the deeply spiritual and expanding work that has been incorporated into human potential and healing for thousands of years in traditional indigenous cultures. Your journey will be a curated experience that takes place as part of multi-day experiences, ceremonies, community, and retreats.

Ayahuasca ceremonies are held with respect to their deeply-rooted Amazonian traditions. At the AZUL Journey Center, you are invited to tap into this ancient wisdom, armed with integrity, intention, community and personal support. Break free from old patterns of thinking and being and step into a new, revitalized and centered self. 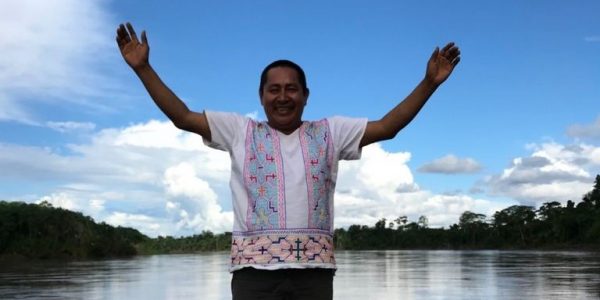 Wiler Noriega Rodriguez was born in the city of Yarina Cocha near Pucallpa, Peru by the side of the Ucayali river. As a child Wiler was raised in a small community in the Amazon jungle outside of Pucallpa. From a young age, Wiler was forced to grow up quickly, working laborious jobs as a teenager to help support his family whom lived a hand to mouth existence in the jungle.

Although one of Wiler’s grandfathers was a Shaman, Wiler never thought that he would follow in his footsteps. He did however feel a connection to the Icaro’s and the ancestral stories of the medicine that his grandfather would share with him on many occasions. It wasn’t until an accident taking away his eyesight in one eye, that Wiler could deny his destiny longer, and was called to begin his apprenticeship on the path to becoming a curandero Shaman.

The first 3 months of working with the medicine, Wiler couldn’t connect with Ayahuasca in ceremonies; although he was drinking “heroic” doses of the medicine, nothing happened. After a few months of dieting and isolation, the medicine finally opened up to Wiler and along with the opening came visions, teachings, icaro’s and his gifts as a Shaman.

To date, Wiler has dieted approximately 50 different plants and tree’s. The most difficult part of his training was dealing with certain emotions, thoughts, feelings and trauma’s that were difficult to understand and integrate in order to move forward. That being said, Wiler now acknowledges that when you give your life to be of service to others in this way, you often times have to face unexpected spiritual challenges… or rather, spiritual opportunities!

To embrace those opportunities Wiler made a commitment to give himself fully and completely to the Divine and stays away from negative thoughts and emotions with conviction. “Accepting who you are and how you are in every moment is important for growing and staying in the present moment is what makes all the difference” -Wiler

Wiler considers himself a lifelong student of the medicine and is constantly seeking to further deepen his relationship with Ayahuasca and the plants/tree’s that he works with. As a result, his ability to heal continues to evolve, strengthen and thus, affect change in others. It comes as no surprise that his favorite part of working with those seeking healing is sharing this knowledge with others who are eager to learn. Wiler has made a commitment to share his gifts so that he may change people’s lives in the process.

His professional career is focused on the healing of those who come in search of transformation and changing their lives through ayahuasca. His shamanic career working with westerners starting just over 15 years ago, working in prestigious centers like “The temple of light”, “Nihue Rao”,  “Soltara”, and “Arkana” before deciding to focus on opening his own healing center in Peru while traveling abroad for a few months each year to provide ceremonies to those who cannot make the trip to Peru.

Wiler is committed to not only helping those who seek healing with the medicine, but supporting the local communities of the jungle that are close to his heart. Often Wiler will provide pro-Bono healing services to those from surrounding communities, and during hardships like the most recent COVID-19 pandemic causing many people to loose their livelihoods, Wiler donated much needed food and clothing whenever possible even while he himself had no substantial income as tourists could not come to his center in Peru.

Immersive integration is a key part of the psychedelic journey, and of your retreat at ATMA AZUL. Immersive integration is guided throughout the week by skilled facilitators with supportive, holistic modalities that may include yoga, sound healing, meditation, personal support, nature and community. With these tools and the relationships that are built during the retreat, you will leave Azul prepared to continue your healing in the long-term. 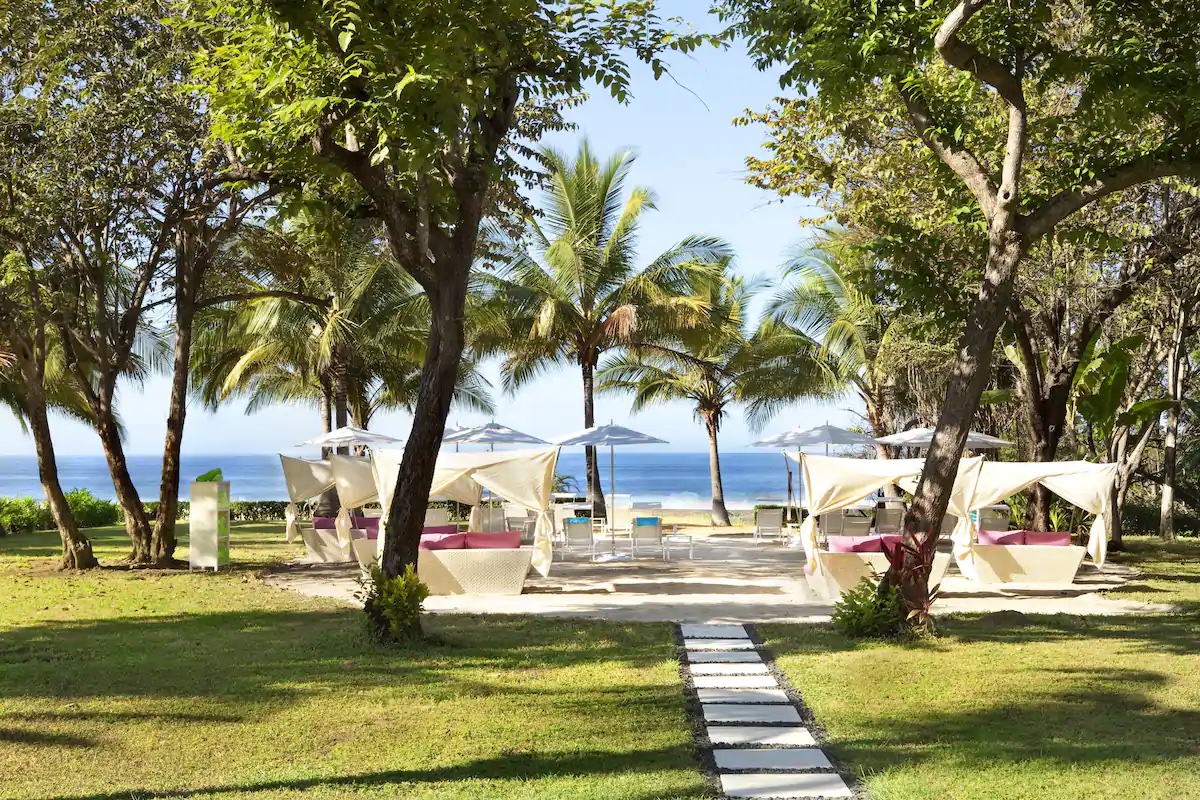 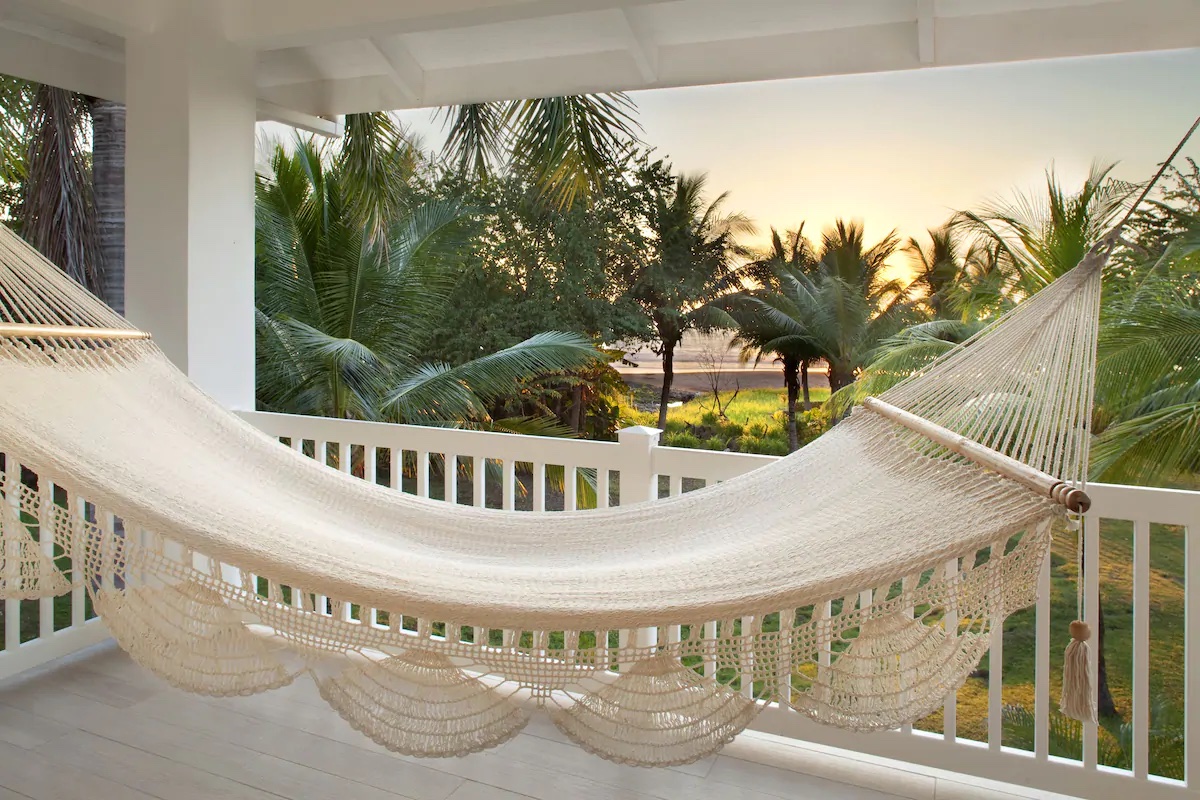 Take in a spectacular sunset from our beach front property, and enjoy a gentle walk through the awe-inspiring jungle that brings you back to nature.  Enjoy beautifully appointed suites that feature a variety of special touches for your comfort.  ATMA AZUL is about connection and pursuing a life of abundance, health and compassion, and you’ll leave our Journey Center with a deeper connection to your authentic self and a clear vision of the extraordinary life ahead that is yours.

Your safety is of utmost importance, which is why retreat participants are required to pass a medical screening prior to receiving booking confirmation. Medical personnel will be present during all ceremonies, and sanitation and testing procedures as related to COVID-19 will be enforced, including a COVID test prior to arrival and departure.

Shuttle options are available from Liberia International Airport directly to the AZUL Journey Center. Please contact us for transportation options.

There is a gathering that is happening across the planet right now. People from all walks of life are becoming aware of a new purpose and inner creativity in an extraordinary way….People are waking up and remembering something hidden within their hearts.
Ralph Millar

BE THE FIRST TO KNOW!

We'll be releasing some exciting new announcements soon. Be among the first to learn about what's in store, and how you can begin your journey by entering your details below.