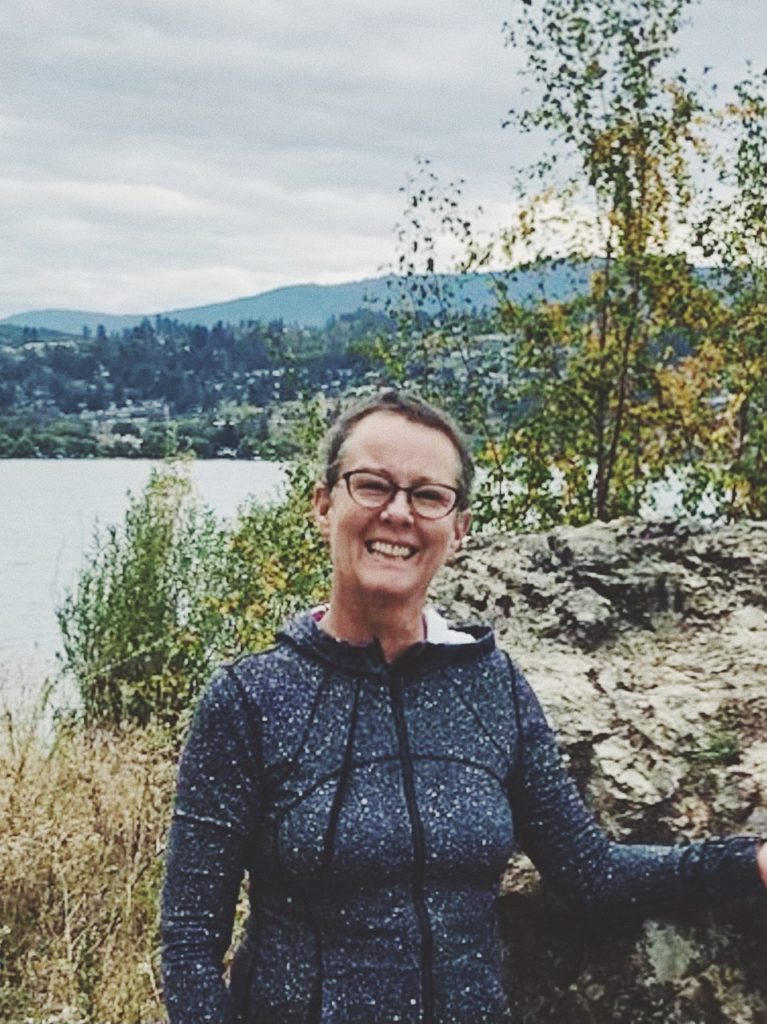 “Dying is not for the faint of heart. The physical pain and the mental anguish of saying goodbye to everything and everyone is more than anyone should ever have to handle. But, the help from ATMA in accessing psilocybin-assisted therapy has taken some of the sharp edges off, so I’m able to see the beauty in things once again. It has made me able to accept things as they come and to say it is okay for the things I don’t know yet.”
– Sherry Cook, stage 4 cancer patient

We continue working with clients to facilitate Special Access Program and Section 56 Exemption applications, approvals, and treatment under compassionate grounds at our clinic in Calgary, Alberta.

See preliminary intake form section, further down the page if you would like to submit an application for psychedelic-assisted therapy using psilocybin for palliative care, terminal illness or end-of-life distress.

While legal psilocybin therapy continues to gain mainstream acceptance and a large body of evidence-based research and science continues to grow, psychedelics continue to be a restricted or prohibited category of substances in Canada. Additional psychedelics showing extraordinary potential as healing and transformative medicine such as psilocybin, MDMA, ketamine, and LSD remain banned from any use in Canada outside of Health Canada applications, Clinical Trials and research.

There are ways you can stay connected with ATMA and participate in opportunities for personal health and wellness:

Welcome! The information below will allow you to understand what psilocybin therapy can offer. Please review your initial eligibility prior to filling out the initial intake form. Once your information is received and eligibility has been confirmed ATMA will connect with you to begin the process of applying for this treatment.

What is Psilocybin-assisted therapy?

End-of-life anxiety, often rooted in existential fear of the process of dying, can be debilitating and can fuel the narrative that life is over long before it is necessarily so.

So how do psychedelics offer hope and peace to individuals and their families facing such a difficult situation?

Extensive research and many first-hand testimonials have shown the effectiveness of psilocybin therapy administered in a safe and comfortable environment. Many feel a sense of peace which lowers symptoms of anxiety and depression, and impacts their loved ones and caregivers in positive ways.

Through Health Canada’s Section 56 Exemption program, ATMA’s first legal administering of psilocybin therapy was on January 1, 2021, to Anthony White, a late-stage cancer patient. His experience was profound, not only for him but for those close to him as well. 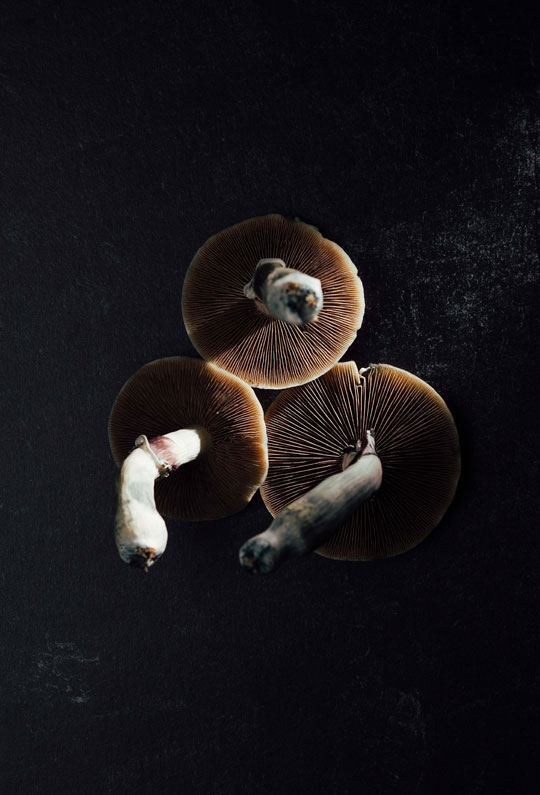 How can ATMA help me access legal psilocybin therapy?

Our team will assist you as you consider this therapy for yourself or someone who will benefit from it who is in a palliative condition, facing a terminal illness or dealing with end-of-life distress.

The ATMA Psilocybin-assisted therapy Special Access Program (SAP) and Section 56 Exemption application process is a supportive, client-led approach which builds a trusting relationship with a qualified ATMA guide, a registered nurse (RN), who closely assists each client. Our team includes a psychiatrist, a palliative care specialist, and an experienced psilocybin guide.

After Health Canada approves an application ATMA continues to assist clients through the process of the treatment within the parameters of Health Canada regulations. As this process is based on Health Canada’s regulated approval process and is reviewed on a case-by-case basis, ATMA does not guarantee application approvals or timelines.

Building on a sacred foundation of trust the client can ‘enter into the medicine’ to discover truths about the illness, the self, and their relationships with others. Counseling sessions with a therapist often bring healing before the medicine work even starts, and combined with the treatment protocol it can provide a sense of calm reprieve in the difficult days of facing a terminal illness.

What will the therapy cost?

ATMA’s mission and vision is to make legal psilocybin therapy accessible to as many Canadians as possible as Health Canada continues to open the doors for this therapeutic treatment. Currently, ATMA can support access to the therapy for end-of-life distress from terminal cancer or a life-threatening illness.

The initial intake phone call with our ATMA Guide is at no charge and is available to answer your questions and confirm your eligibility to begin the application process.

At ATMA, we have qualified personnel to help with Health Canada Special Access Program and Section 56 Exemption applications, including compiling, submission, and follow-up with Health Canada. We have a protocol that has allowed for a very high rate of approvals. As you can imagine this process takes considerable time, with our ATMA team providing dedicated support to guide each and every client.

Once application eligibility is confirmed, ATMA will request the administration fee. If financial costs would be a barrier for you, please reach out to us.

After Health Canada approves your application we will schedule an orientation meeting one day prior to your psilocybin-assisted therapy at ATMA’s Journey Center, with all involved in your treatment, in order to build a relationship of trust and ease. The cost includes your psilocybin-assisted therapy at our Journey Center and a follow-up with our experienced psychedelic guide.

Elements NOT covered by the above:

*Please note you may have this covered either by Alberta Health or through your personal health coverage.

Am I a good candidate?

ATMA is only accepting applications if:

You are NOT a good candidate at this time if:

Treatments for approved applications will be offered at an ATMA Journey Center. At present, we are located in Calgary, Alberta, and will soon have locations in Ontario and British Columbia. 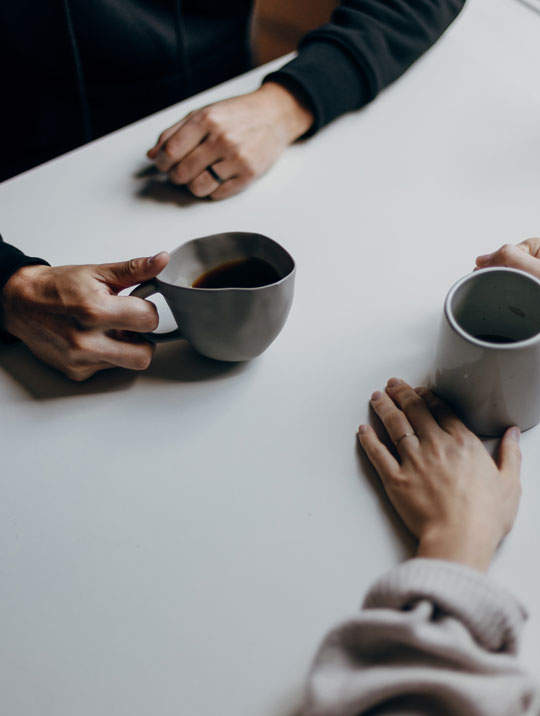 How do I start this process?

Please fill out the following preliminary intake form if you feel you are a good candidate based on the above parameters. We will review this, and our ATMA guide will set up a phone call to discuss next steps.

Read about Tony White’s story and the impact it had on him in the late stages of his life in the article below (courtesy of AirdrieToday.com).

After three peaceful weeks following his first treatment session, White passed from his cancer on Jan. 20.

White’s widow, Rebecca Crewe, is now telling the story of her husband’s final weeks and how important the therapy was to him. She said his legacy should advocate for the benefits of psychedelic therapy and the positive impact it can have on others going through similar diagnoses.

“When I went to go pick him up [after his therapy session], I was completely gobsmacked at what I saw,” she said. “He could move his body like I hadn’t seen him do in months. It was shocking. I was expecting the spiritual and psychological impact, but I was not expecting the physical impact.”

“The biggest thing for Tony, was that it gave him his peace back,” Harder said. “For those last two weeks, although the cancer was very advanced, it allowed him to really live.”

According to Harder, a psychiatrist was on hand to aid White during the four-hour journey, where he lay down on a couch to navigate through his psychedelic experience.

“We had the most beautiful ceremony,” he said. “It was a huge honour to be able to provide this for him and his family.”

White did his only treatment session on Jan. 1. Crewe said the final weeks with him were powerful and passionate.

“He was coming to grips with his mortality,” she said. “He was so sick before the therapy. Afterwards, he was back. I believe in my heart and soul that this medicine gave him two quality weeks with me, where he was himself again.” 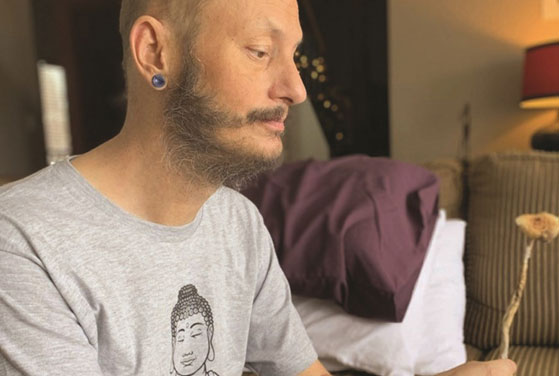 Crewe said White’s sense of humour returned and he was more present during his final weeks.

“We had some really beautiful conversations,” she said. “We enjoyed every moment that we had,” she said. “He had this peace about him that I have never seen before. He was just calm. He wasn’t tormented anymore, that is the best way I can describe it.”

White passed away on Jan. 20 at home in what Crewe described as a beautiful and peaceful setting surrounded by family.

“It is heartbreaking,” she said. “I have had a lot of time to reflect – grief is not an overnight process – but I am no longer afraid of death. That energy and that love has to go somewhere.”

Crewe said before White’s passing, they had a number of conversations about the therapy he underwent.

“Honestly, his experience made us passionate and made us feel like we were put on this earth to advocate for this,” she said. “I had a dear friend of mine who passed away last year from pancreatic cancer and we discussed how much peace and relief this could have provided her and others.”

White, according to Crewe, was a very private man and a self-proclaimed introvert. Despite this, he was so moved by the therapy he found himself doing media interviews near the end of his life to get the word out about what he experienced.

“It’s astounding,” she said. “That has become our passion, and that is how I want to honour Tony.”

Be the first to know

Stay informed on our various initiatives and offerings

We are a proud sponsor of #CatalystSummit2022! Join us at Canada’s premier 3rd annual conference dedicated to psychedelic medicine. Learn more